New Roots continues to do great work through their Gendler Grapevine Project. They assembled two groups of eight high school freshman to help with spring organizing. Each group got to pick what they wanted to do.

The first group wanted to work on an Interfaith event that was linked to fundraising. They all went to one of the student’s churches on a Sunday. New Roots executive director, Karyn Moscowitz, shared the pulpit with one of the students and gave a 3-minute dvar torah about New Roots and food justice. The student then spoke about what it meant to work with Karyn and New Roots to organize the event. They asked for donations to feed one family for the entire growing season and raised $158 in 5 minutes, which will now provide funding for a family to who cannot afford to pay anything to participate in the Gendler Fresh Stop Market (FSM) @ The J. 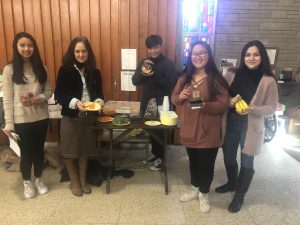 The second group decided to help with New Roots’ Cook to the Root! Chef Recruitment Cocktail Reception in late April 2018. The students recruited donors to the silent auction. They then helped to set up the event, were at the event, participating, and then helped break it down. 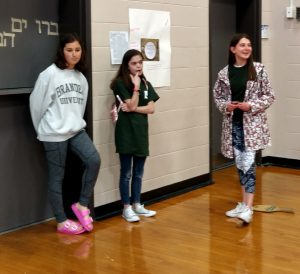 Karyn and Michael Fraade worked together with J Serve, a Jewish teen day of service, to hold a day-long food justice workshop. One of the Jewish teens from one of the previous groups introduced Karyn and New Roots’ work. They participated in an hour-long food justice workshop, with a lot of great participation. Finally, Michael ran an hour-long session on using Talmud and other texts to express Jewish food justice and students were able to give their views on the issue. 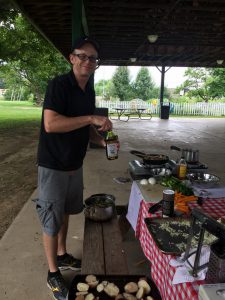 New Roots is partnering with Kentuckiana Works to hire ten teenagers for 30 hours a week for seven weeks for a paid internship. They also received a grant for a paid supervisor for the youth. The interns will work on projects to grow their community’s FSM, learn operations, including marketing via social media, community organizing, etc. New Roots is also partnering with HearthFire Kitchen, led by 21-year-old African American chef Mark Hoosier to do hands-on cooking lessons with the youth so can they prepare healthy lunches with FSM shares for their work days.

One of New Roots’ main goals for their Gendler Grapevine Project grant was to expand into new markets. They are happy to report that their New Roots’ Georgia Market will kick off this month! The Market will be in Taliaferro County. This county has the highest obesity rates—over 60 percent—in all of Georgia. Ms. Mary from New Roots and Karyn visited in late April to help lead them in their food justice workshops and Fresh Stop Training Institute. 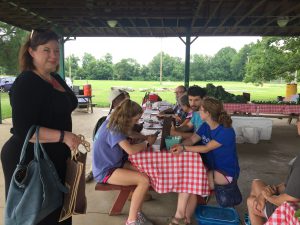 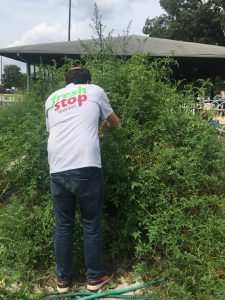