New Roots‘ 2017-2018 Gendler Grapevine Project’s initiative, the Creation of a Youth Food Justice Corps and Testing the Replication of the New Roots Fresh Stop Market model, is working to engage and show Jewish youth the power they have to engage in food justice work in various ways throughout their community and to replicate the Fresh Stop Market model in Atlanta, Georgia. 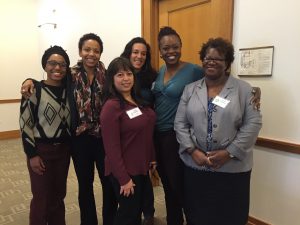 This past growing season, they had a small initial cohort of four 13-year-old youth get involved with the Louisville food justice movement. Their involvement in the April 2017 Cook to the Root! Chef Recruitment Party attracted 11 chefs/lay cooks to the Gendler Grapevine Fresh Stop Market @ the J, (FSM) so that every market pop up was staffed by a volunteer chef cooking vegan, kosher dishes using local farm produce. They helped New Roots raise $2500 to defray the costs of the chefs’ shares and other cooking needs through the silent auction. They were present at the market with all the adult leaders helping to receive the produce, count it, display it, welcome the other shareholders, host shareholders if they were new to the market, and take on the role of veggie cheerleaders, advocating for all the vegetables. Eli, one of the youth, along with his mom, attended a ceremony in New Roots Executive Director’s Karyn Moscowitz’s place, receiving the Health Ambassador award from the Institute for Healthy Air, Water and Soil, on her behalf. They are going to rely on this small group to help recruit another cohort for the 2018 winter food justice workshops, Fresh Stop Market Training Institute, and to kick off the next growing season. 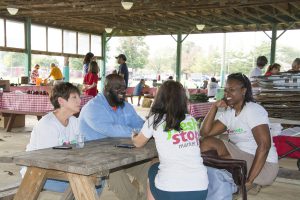 New Roots realized incredible success in their growing relationship with food justice leaders from Atlanta. In September 2017, they hosted the Executive Director of the Georgia Farmers Market Association (GFMA), along with two of her board members, one a member of the Atlanta Jewish Community, and one a Black Muslim farmer. They attended the Gendler FSM and were impressed with New Roots’ model and how easy (it seems!) to replicate, now that all their processes are written down. Michael Fraade, Seamus Allman (a New Roots farmer), and Karyn Moscowitz travelled to Georgia at the end of November to attend the GFMA annual conference and ran two workshops focusing on New Roots work at the Gendler FSM and their partnerships with small, organic family farmers. 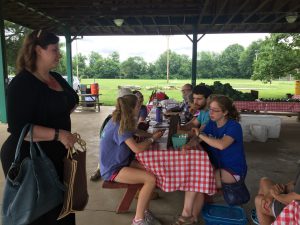 New Roots has submitted the pre-proposal for the USDA SARE grant and were asked to submit a final proposal in December. This would provide some seed money for 2018-2020 for New Roots to work with Georgia and other southern region organizers on Fresh Stop Markets, and work with the Universities of Tennessee and Kentucky on instruments to provide to new farmers, guiding them through the logistics of selling to FSMs. The GFMA is on the brink of receiving funding for market start-up costs for the 2018 growing season, including money for New Roots to help consult. The Atlanta JCC JOFEE Fellows, and the young Jewish farmers associated with the new West End Commons Project have been brought into the Georgia organizing and will meet with them at the end of November. The two JOFEE Fellows seem very enthusiastic about working with New Roots and will connect them to a new growing alliance of Jewish farmers, chefs, and other local food enthusiasts. 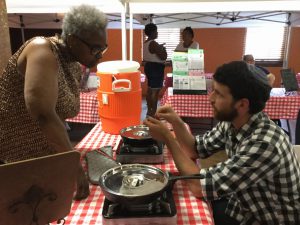 The Gendler FSM @ the J had an incredible year for its first full season, finishing as the largest FSM in the region, with a very dedicated group of leaders. New Roots had a total of 200 shareholder families, 72 coming on average for every pop up, 55 percent limited resource families versus 45 percent high income. And, finally, the Gendler Grapevine FSM @ the J is (fingers crossed that they have the funds and leadership to do this) giving birth to another sister market nearby. The Berrytown FSM will pop up in June 2018 at the Berrytown First Baptist Church in an historic African American Community in Louisville’s East End. They’ve created a partnership between the church and KiZAN Technologies, an IT consulting company around the corner, who will provide the higher income shareholders and other support. Stay tuned for more details early next year. 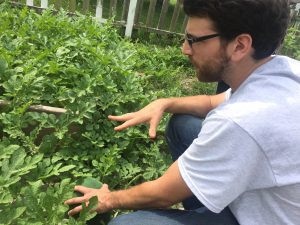