In an attempt to address Louisville’s inner city food insecurity issues, New Roots partnered with Congregation Adath Jeshurun (Congregation AJ), a Conservative Synagogue and their Preschool, and Pleasant View Baptist Church, an African American Church and their Cherish Forever Preschool, to ensure the consumption of farm-fresh fruits and vegetables through increased participation in the New Roots Fresh Stop Project and other programs. At the same time, New Roots worked toward developing an increased understanding of the historical relationship between Jews and African Americans in Louisville, KY, as well as a plan to bring these two communities back together to work toward social justice and spiritual, physical, and emotional healing, using food justice as an entry point. 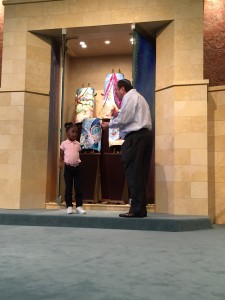 “[This project] has lifted the veil that had separated him from the reality and complexity of food insecurity faced by many in their community.”

New Roots’ 2015 Gendler Grapevine Project grant enabled them to create the Parkland Fresh Stop Market in partnership with Congregation AJ. The Parkland FSM has become one of their most successful markets in Louisville with over 150 shareholders. It was created, is run by, and is sustained by members of the Pleasant View Baptist Church and Congregation AJ along side the residents of the Parkland Neighborhood. 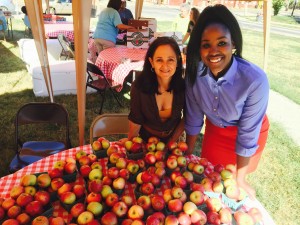 New Roots also organized three interfaith events: a dinner/food justice workshop at Living Faith Christian Ministries (80 total people attended); a dinner and interfaith discussion at Congregation AJ (100 people attended); and a Selichot/Prayer Service at Congregation AJ (55 people attended). The first event at Living Faith included an account of the very first integrated lunch counter in the Jewish community by the gentleman who owned the pharmacy, and testimony from an African American woman describing her first experience at an integrated lunch counter. This was the first time anyone in the room remembered being in a diverse space with frank discussions about social/food justice in Louisville. This historic event utilized participatory democratic principles to get people talking about food justice and it worked! 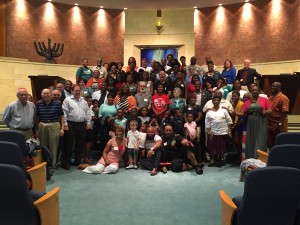 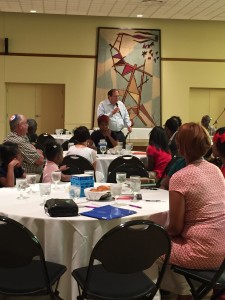 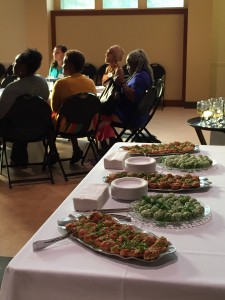 One of the most exciting outcomes of this initiative is that another synagogue has been inspired to replicate this project! This new synagogue will become higher end shareholders at another Fresh Stop in 2016. In addition, a recent write up about this Gendler Grapevine Project initiative made its way to a funder in Michigan, who has reached out to New Roots with plans to support a Double Up (SNAP Benefits) program in Kentucky. 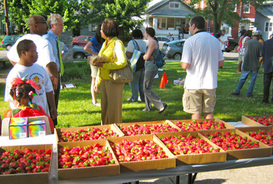 The idea that Jews must pursue—in fact run after—justice, is at the core of this initiative. This theme also guides the work at New Roots. They understand that the meaning of the word tzedakah is not about an act of condescension from one person to another who is in need. It is the fulfillment of a mitzvah, a commandment, to a fellow human being who has equal status before God. Although Jewish tradition recognizes that the sharing of our resources is also an act of love—as the Torah states, “Love thy neighbor as thyself” (Lev.19:18), it emphasizes that this act of sharing is an act of justice. They do not believe that people are “under-served,” “needy,” or that they need to “empower” them.

After seven years of New Roots being in community with families facing limited resources and a lack of fresh food, a different picture has emerged. Their leaders and shareholders live in communities with purposeful limited investment, but also have the inherent power to work for a new vision. They do not need New Roots to give them this power. Instead, they look to New Roots as equal partners in connecting to resources, sharing knowledge, and building an alternative to these unjust systems.